Greetings to our new Operational Director

An introduction to Rachel Dyne. 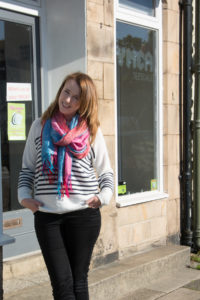 Rachel began her journey with the YMCA in March 2010 as a part time Young Carers Support Worker at YMCA Tees Valley . She quickly found a passion in the work YMCA does. Within a few months Rachel was working full time hours for the project. Rachel moved to London in 2013 to take on a new challenge, working with young homeless people in YMCA Romford (now YMCA Thames Gateway). She supported young people back to independent living through one to one work and group work. Rachel only gave up this work due her desire to return home, the North East.

Rachel has also taken part in a number of international opportunities that the YMCA has to offer young people. She has volunteered internationally for the YMCA since 2011. Rachel started on a peace work “Dialogue in Diversity” workshop in Bangladesh. Her passion for peace work has seen her involved in the School of Peace in India. Later, Rachel was part of the planning team for the Peace Work Institute for YMCA Europe.

As well as peace work, Rachel has taken part in a number of leadership development opportunities including the 1st cohort of World YMCA Change Agents. This programme saw young people from YMCA’s all over the world delivering sessions at the World Council at The Rockies YMCA, Colorado in 2014. Since then Rachel has worked with colleagues from YMCA Ireland and YMCA Kosovo to deliver youth work training to young people in all three countries through exchanges and training.

One of Rachel’s highlights has been delivering the World YMCA’s One Million Voices Research. With colleagues from YMCA’s across the world at the United Nations EcoSoc (Economic and Social Council) Forum in New York in 2016.

A few words from Rachel.

“I’m very excited about this new challenge and the future of YMCA Teesdale. I have been with the YMCA for 7 years and have always carried the stories of young people that I have been privileged to hear with me. I look forward to hearing many more as I head into the future. The YMCA is the oldest and largest youth charity in the world and I believe that we have a duty to ensure that the YMCA is present and serving the community today and for future generations to come.”

A warm welcome from the YMCA community in Teesdale. We know that you’re going to enjoy your time here.